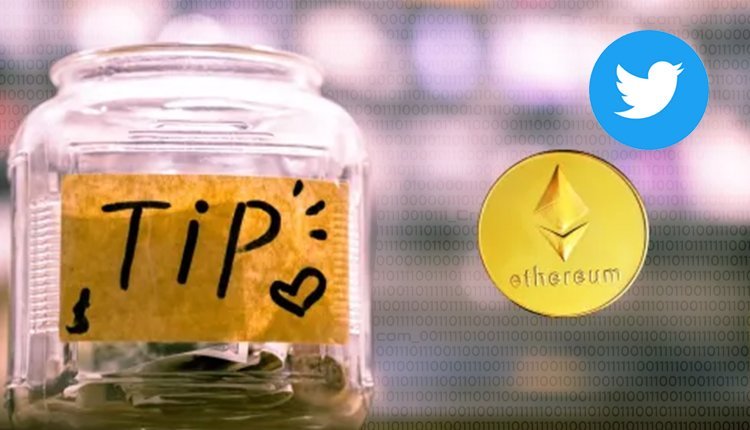 Users may give and receive Ethereum tips directly on Twitter.

Twitter made it possible to accept payments in bitcoin, the very first option for crypto payment in September 2021. These payments could be made into the platform’s tipping jar. On Wednesday, February 16th, 2022, the platform added another lot of payment service methods to its already available tipping options and ETH was one of them.

Any user wanting to receive tips in ETH has to just enable the tipping features on the platform and add an ETH address. This has to be added to a specific section in their profile. It looks like the attempt by someone to add an ENS domain name instead of a complete address with alphanumerics was unsuccessful. An error box popped up and indicated that punctuation in the address was not valid.

Bitcoin tips can be sent easily via the Lightning Network, which in turn used the Strike app to finish the transaction. Twitter did not provide any other details on tipping using ETH. Currently, tips can be availed only by users with Android and iOS phones. Per information released by Twitter, users can keep the entire amount of the tip they receive.

According to a Twitter statement, tipping can be done to show appreciation, support or even reward anyone if you like their work. Twitter users with crypto accounts can send tips to journalists, creators, program hosts and anyone else. Other such payment platforms include GoFundMe, Venmo, Patreon and CashApp. Not too long ago, Twitter also rolled out a feature that makes it easy for Twitter Blue users to upload NFTs in place of their profile pictures. This capability is currently available only for iOS phones.