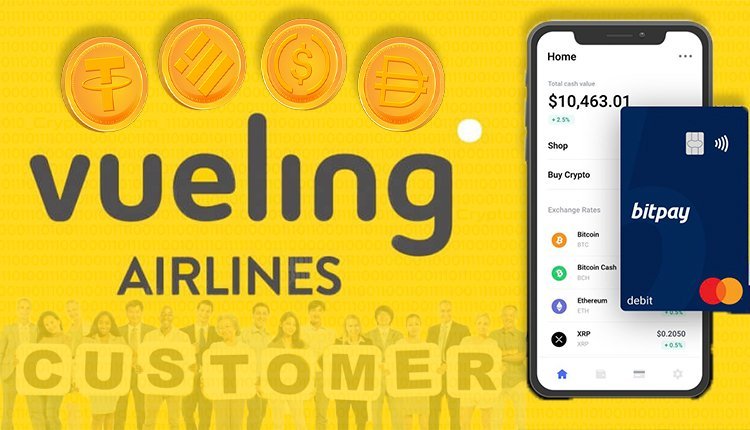 Spain’s largest airline Vueling has signed an agreement with BitPay to allow customers to pay for flights with crypto. The airline will accept cryptocurrency payments for individuals through the Atlanta-based BitPay. This will come into effect in 2023.

A global payment network owned by the world’s airlines, the Universal Air Travel Plan (UATP), will provide the technology. BitPay partnered with the network in September 2021 in an effort to allow air, rail, and agency payments in Bitcoin, Dogecoin, Ethereum, Litecoin, etc. It recently added Shiba Inu. Ticket prices will be listed in Euros and users will have the option of one of 100 crypto wallets.

Jesus Monzo, Vueling’s Manager of Distribution Strategy and Alliances, said the airline through the agreement affirms its position as a digital airline. BitPay’s vice president of marketing highlighted that Vueling recognizes and understands the potential of cryptocurrencies to transform the airline industry. It makes payments faster, more secure, and less expensive on a global scale.

Vueling, a member of the International Consolidated Airlines Group, is the first low-cost European airline to embrace digital assets. It should be noted that Air Baltic was the first airline to accept crypto for payments through BitPay in 2014. Then earlier this year, Emirates announced plans to accept payments for flight tickets in Bitcoin. Newegg, an e-commerce company, and Kessler groups also partnered with BitPay in 2021.

Many merchants, including Virgin Galactic, began accepting cryptocurrency for payments between 2013 and 2015. Companies turned to BitPay as a payments processor – passing on liquidity and exchange risks. New York-based Magnum Real Estate in 2021, also turned to BitPay to process payments for a three-store retail space on Manhattan’s East Side. The crypto payment enabler would receive the payment in Bitcoin and convert it to US dollars for deposit into the real estate company’s account.