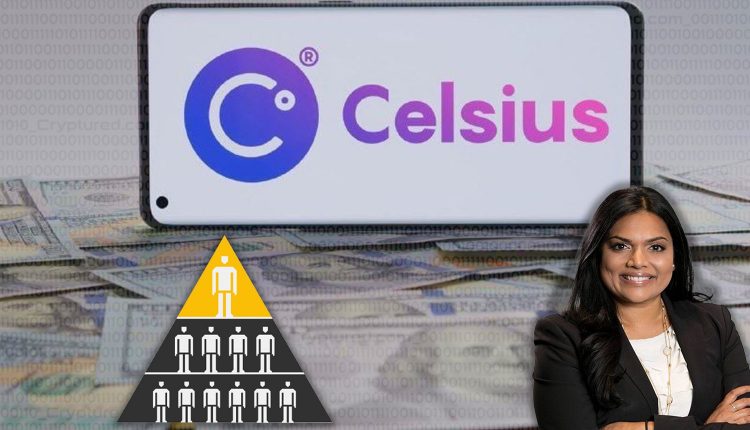 Was Celsius Operating as a Ponzi Scheme? Celsius Whistleblowers?

The court-appointed examiner, Ms. Shoba Pillay, had her responsibilities increased by a bankruptcy judge, who added an examination into Celsius’ marketing tactics and CEL token management. The examiner’s duties may be expanded still further to investigate how the failed company handled customer investments and whether it ran a Ponzi scheme.

In response to consumer complaints that Celsius had used assets of new users to pay yields and allow withdrawals to current users, and as a result, fulfilling the legal definition of a Ponzi scheme. The court issued the order during the hearing on November 1.

A bankruptcy judge in New York widened the investigation against Celsius Network on Tuesday. The creditors’ request to determine if Celsius worked like a Ponzi scheme prompted the investigation’s expansion. Several state authorities, notably the Vermont Department of Financial Regulation, which said in September that the beginning of major problems may be dated to at least 2020, supported the proposal as well.

Decide who will lead the investigation into whether the insolvent company exploited newer investments to settle outstanding obligations if the business was running like a Ponzi scheme, by consulting Ms. Pillay and the official committee of Celsius creditors. The inspector will also widen her investigation to look into Celsius’ marketing strategies and the way the business is run.

The lawsuit has been moving through the courts ever since Celsius filed for Chapter 11 bankruptcy on July 13, citing a collapse in cryptocurrency values and bad asset deployment decisions.

In an effort to release millions of dollars in funds, the corporation sued former business partners before the end of August in an effort to repay a portion of its credits. An independent examiner was appointed by late September as a result of investor complaints of Ponzi-like behavior and pressure from state regulators. More recently, in December, Judge Martin Glenn authorized an auction of Celsius’ assets, with Sam Bankman-FTX Fried’s possibly participating.