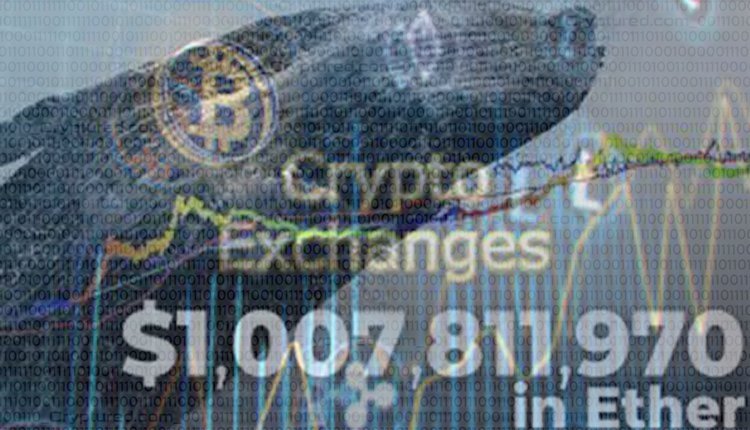 Whales Alert is a popular tracking service provider for cryptocurrencies with a record of stating and publishing massive transfers of cryptocurrencies. Whales Alert recently tweeted that a considerable amount of $1billion has been transferred in Ethereum in less than 20 hours. The Whales Alert had kept the recipient and senders of the transfer of this enormous amount anonymous, raising several concerns for the financial market. There were mainly two points discussed regarding the transfers. These include the shover over approximately 279,000 Ethereum and the burning of over $1 Billion valued Ethereum since the official release of EIP-1559.

The anonymous transaction increased over the month for Ethereum.

The Whale Alert, a blockchain detective, has stated that the anonymous Ethereum transactions have increased in recent times leading to the publishing of tweets. Tweets such as “ 96,870,876 USD worth of Ethereum transferred from one unknown wallet to another unknown wallet”. Sometimes, a large amount of Ethereum gets transferred from and to big crypto exchanges. The most significant amount of transfer was 61,017, which is worth “207,286,216 USD”.

Burning of Ethereum’s of the network

The data providing websites have been stating that for a month, more than 2,00,000 Ethereums have gotten burned on the website. This has raised many concerns as these digital currencies don’t have any framework and regulation on which it works. The confidence of people to invest in Ethreum had increased suddenly, leading to some of the significant anonymous transactions. Therefore, Ethereum, a tough competition for Bitcoin, has seen another round of frenzy in the market.

Ray Dalio of Bridgewater cautions that if Bitcoin proves to be “very successful,” authorities will destroy it.