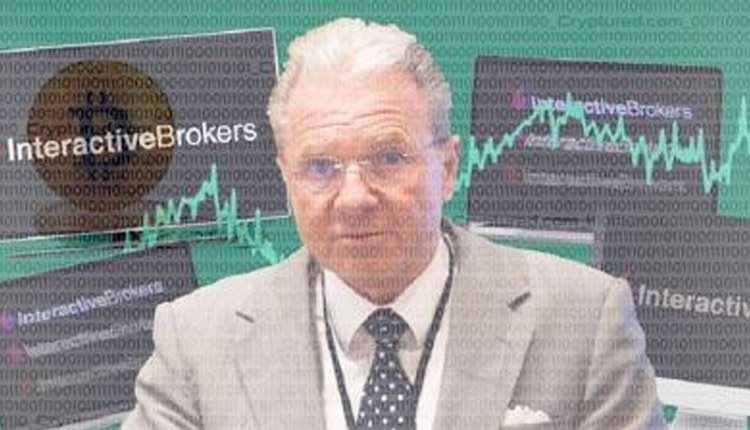 Before the price of Bitcoin surged, it wasn’t regarded as an asset worth investing in by many high-end investors and institutions. However, as the prices of Bitcoin and other cryptocurrencies have surged, they are certainly reconsidering their approach to the crypto market. In recent times, one of the most prominent individual investors to have shown interest in cryptocurrencies is Interactive Brokers founder Thomas Peterffy.

Peterffy was quite open regarding his disregard for cryptocurrencies when they were in their nascent stage. However, in recent times, he seems to have taken a U-turn. Just a few days ago, Peterffy revealed in an interview that he had invested in cryptocurrencies. He also stated that Interactive Brokers is set to launch a brand new set of crypto trading services for its clientele. Even though Peterffy is still reserved regarding the potential that the crypto market has according to market analysts and experts, he wants to stay in the game.

Peterffy said that he had put in a “little bit” of his money into cryptocurrencies. He also stated that even though he thinks that the crypto market will eventually crash, he doesn’t want to rule out the possibility of cryptocurrency eventually becoming the dominant currency.

Peterffy’s skepticism regarding Bitcoin and other cryptocurrencies is no secret. In the past, he has mentioned several times that he has no issue with individuals trading cryptocurrencies. However, he thought the idea of linking cryptocurrencies to the real economy through federal regulations was foolish. His U-turn has been driven by the demand from his clientele for crypto trading services.