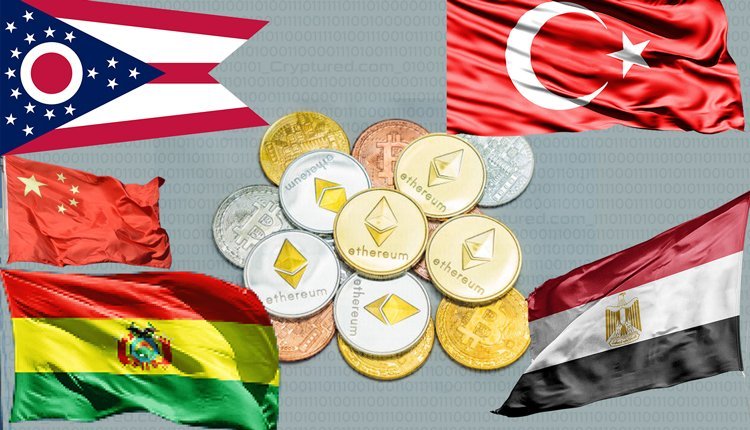 Why Are Cryptocurrencies Banned in these Five Countries?

Not all countries are equally crypto-friendly. Let’s have a look at these 5 five countries where any form of cryptocurrency transaction amounts to criminal activity.

While China once housed the most number of crypto miners in the world, it is now illegal to transact in or mine cryptocurrencies. The government in China is taking stringent measures against those involved in China. As a result, many miners are relocating elsewhere to continue mining cryptos.

Bangladesh’s monetary authority forbids virtual currency because it violates the nation’s financial rules. Dealing with foreign assets, particularly distributed ones like cryptos, is prohibited by Bangladeshi legislation. Crypto dealers in the Subcontinent may face years behind bars if caught in breach of the law, according to an article by Ccoingossip.

Russia’s reserve bank stated in 2017 that it was opposed to controlling cryptos as actual money. In Russia, BTC and other virtual currencies are prohibited. Russia is likely to rethink cryptocurrency trade in the near future because of increased interest among citizens.

Morocco’s foreign exchange office has warned its citizens that trading in virtual currencies was an infraction of the country’s FX laws. Morocco’s move to prohibit virtual currency was effectively presented in 2017. However, rumors of illicit Bitcoin trade in Morocco have previously surfaced on the internet.

Airdropped NFTs will not deplete your cryptocurrency wallet.