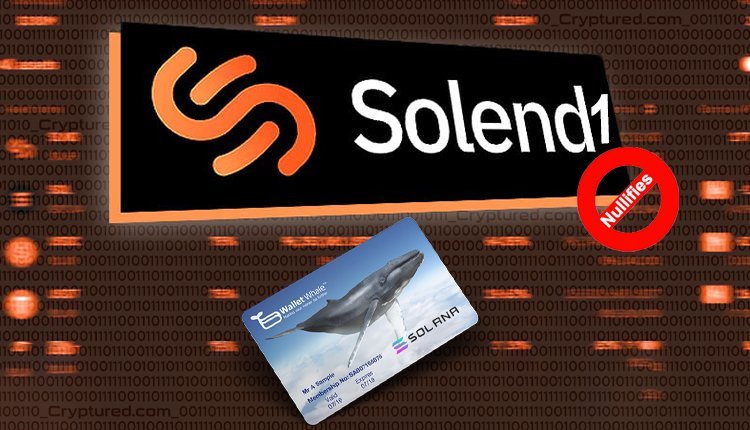 Solend is a decentralized finance lending protocol that’s based on Solana. Solemd has initiated a governance vote in order to invalidate the proposal that was approved recently. This proposal provided Solend Labs with powers they could use in emergency situations. These powers gave Solend Labs access to a whale’s wallet, so that they could avoid getting liquidated.

Last Sunday, the cryptocurrency lending platforms insisted a governance vote which was titled ‘SLND1’, with the intention to mitigate risks from the whale. This vote ensures that Solend could reduce risk related to liquidating the whale. This is by allowing the lending platform to have access to the whale’s wallet. This will allow liquidations to take place over the counter.

Solend revealed that should the process of SOL drop and the whale also get liquidated, then they might end up in bad debt. This could be a strain on the Solana network. This proposal was then approved. However, this was also criticized by the community members.

This condemnation from the community led to a second proposal vote being initiated. This governance vote was meant to invalidate the proposal that had already been approved. This proposal got around 1,480,264 in favor of overturning the proposal titled SLND1.

This new proposal serves to invalidate the prior vote. Solend Labs will now need to find alternative solutions other than taking over accounts by force. The voting time for governances has also been increased to one day. At the same time, if the team from Solend can’t mitigate risks related to the whale’s account. Then according to some, this could trigger a meltdown from Solana. As a result, the price of SOL would drop.

In the midst of a community-led short-squeeze attempt, a Celsius recovery strategy has been presented.