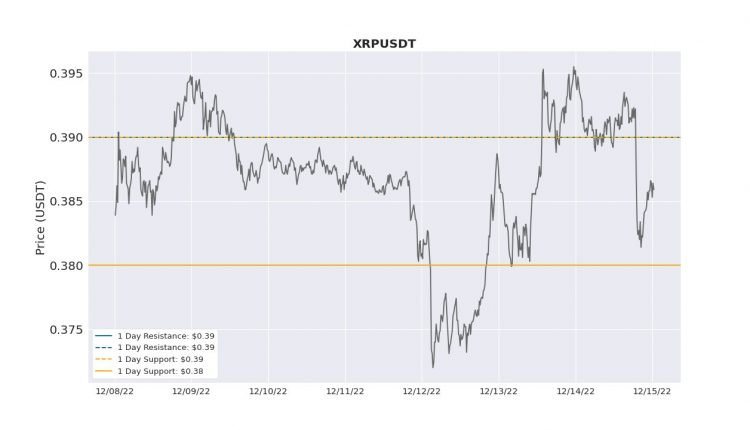 XRP Token Under Pressure Due to SEC vs. Ripple Uncertainty

XRP is down by 2.38% in the last 24 hours. It looked to jumped higher on US Federal Reserve’s word that inflation is coming down. Ripple’s token was expected to jump upward in the direction of $0.412. Its monthly pivot and the 55-day Simple Moving Average (SMA) would come into effect before vying for the $0.4228 on the upside.

Market experts believe increased regulatory scrutiny driven by crypto exchange FTX’s collapse weights on XRP. Moreover, the SEC vs. Ripple case is ongoing and expected to be concluded soon. As such, investors are staying away. XRP saw a bull run in September and recorded the highs of $0.55. The price jump was driven by an impending ruling on the ongoing legal dispute between Ripple Labs and the Securities and Exchange Commission. But since then, the hype has somewhat fallen and this is reflected in the token’s price.

XRP saw some gains which was prompted by speculation on Twitter that the Ripple vs. SEC case could settle this month. Charles Hoskinson, Cardano founder, had said he heard rumours that the case could be finalized around December 15. But then he later said this was just a rumour.

Ether Predicted to Drop to Lows of $920: Coincodex.